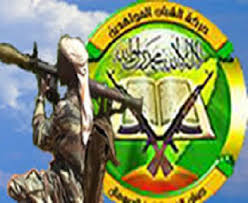 In a press conference today, Attorney General Eric Holder announced the Justice Department unsealed four separate indictments charging 14 individuals in Minnesota, California, and Alabama with terrorism violations, including providing money, personnel, and services to the terrorist group Al-Shabaab. An indictment in Minnesota charged 10 men for leaving the U.S. to join al-Shabaab, an organization with ties to al-Qaeda, as foreign fighters. In Minnesota alone, 19 have been charged with material support of al-Shabaab. Two women, naturalized U.S. citizens and residents of Minnesota, were charged with raising money to support al-Shabaab through door-to-door solicitations and teleconferences in the Somali communities in Minneapolis, Rochester, and elsewhere in the U.S. and Canada.
Holder noted that members of the American Muslim community “have been – and continue to – strong partners in fighting this emerging threat” through denouncing terrorist acts and those who carry them out, as well as helping law enforcement disrupt plots and radicalization.

As laudable as these efforts are, they happen too late in the process of radicalization. Facts about Somalia, al-Shabaab, and the region are too often ignored by the mainstream media and largely unavailable to these communities, even those actively engaged online.

Al-Shabaab relies on its public identity as a champion of causes supported by the community. It is an organization, like all terrorist and insurgent organizations, dependent on perceptions of its creation. But whereas al-Qaeda actively seek support from around the globe, al-Shabaab is a niche player, focused on the Somali community. As a result, unlike al-Qaeda, al-Shabaab operates in a relatively uncontested media space.

Holder mentioned the Somali community is trying to protect itself against terrorists, but inoculation requires more than more effective policing. Holder mentioned a video by a group of prominent American Muslims to repudiate the tactics of online recruiting by radicalized militants. This is not enough. There must be engagement across the spectrum, including material opportunities to assimilate into communities (through jobs) and the availability of facts that undermine al-Shabaab’s narratives (information).

We can no longer bury our heads in the sand and pretend the media will compete with adversarial information campaigns. The “formal” media does not have the financial incentives to cover the region or the issues and the “informal” media does not have the resources or reach. Early in 2009, the Somali community wanted to rebroadcast VOA Somali, besides the BBC’s World Service, the only serious source of news on and about the region, to provide an alternative view of events in their homeland. Under the Smith-Mundt Act, this request was denied.

The Justice Department recognizes that the pre-emptive actions it lauds and encourages are based in the availability of truthful information to the community. It is natural then for the Justice Department to want to support the availability of VOA Somali domestically – as well as other language services to other communities – as another tool to combat radicalization.