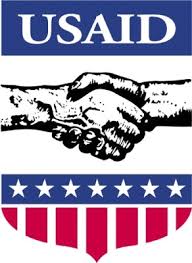 Does everyone hate the United States Agency for International Development? No, but Elizabeth Cutler, writing at the Stimson Center’s Budget Insight blog, says dysfunction at USAID would probably result from such hate if it existed. A myriad of factors, including lack of support and directly from Congress and the White House and continuing debate over the the utility and effectiveness of U.S. foreign assistance, continue to hold back the ability, efficiency, and ultimately the impact of USAID and the rest of development programming.

Policymakers have conflicting views about U.S. foreign assistance.  Questions persist, including:  How much does foreign assistance actually accomplish? Should foreign aid goals always align with U.S. national security priorities? Should the U.S. military be involved in foreign assistance programs?  If so, how much?  What is the actual meaning of “democracy assistance” in the 21stcentury?

Disagreements have led to workarounds like the Millennium Challenge Corporation (MCC) that intensify the diaspora of foreign assistance rather than solve the essential problems plaguing USAID. Rather than strengthening USAID to work more effectively and efficiently, we have instead dispersed foreign assistance programs across 12 departments, 25 agencies and nearly 60 government offices. This fragmented structure reduces effectiveness and causes duplication, both of which are often cited by Congress when it slashes funding for development.

Recent reactions to the Millennium Challenge Corporation’s (MCC) awarding construction contracts to Chinese companies in Africa certainly did not help. Nor did stories of waste. Too often unknown is the reality that USAID is little more than a shell company, having shrunk to a fraction of what it was before 9/11.

In the void of effective leadership and Congressional support over the last decade has resulted in an extreme decentralization of foreign assistance – to the point where coordination with foreign policy is minimal if it occurs at all – and not surprisingly a militarization of development. According to a CSIS report published June 2009,

…foreign assistance funds are more frequently being implemented by the military. The Pentagon now accounts for over 20 percent of U.S. Official Development Assistance (ODA). Between 1999 and 2005 the share of official development funds channeled through the Department of Defense increased from 3.5 percent to 21.7 percent. In that same period, U.S. Agency for International Development’s (USAID) share of ODA decreased from 65 percent to less than 40 percent of total American development funds.

The reduced staff and loss of expertise has limited the agency’s technical competency and its managerial control over projects, making USAID increasingly dependent on larger and larger grants and contracts to spend its budget. This has transformed USAID from a creative, proactive, and technically skilled organization focused on implementation to a contracting and grant-making agency. …

On a policy level, meanwhile, large presidential initiatives and congressional earmarks for health care, HIV/AIDS, K-12 education, microfinance, and the environment have in recent years crowded out other development interventions, such as anticorruption measures, agricultural assistance, democracy-promotion programs, and infrastructure-enhancement measures. …

Strategic needs on the ground should dictate the nature of the programs, but currently, allocation decisions are determined by earmarks, presidential initiatives, or diplomatic pressures.

Development and other foreign assistance is one of the most critical elements in establishing peace and stability that lays a foundation for societies to move up Maslow’s Pyramid. It is a key component in the struggle for minds and wills around the world. (Historical note: U.S. public diplomacy was in large part established because of the need to provide informational support to the success of the largest development project ever: the Marshall Plan.)

The graphic at the right (source here) shows the distribution of US foreign aid from 1946-2005 under constant flux. It would be interesting to compare the spending habits of arguably our only real peer in this: the United Kingdom.

Congress does can support change: in 2009 both the House and Senate were pushing to rewrite the 1961 law authorizing foreign assistance, Public Law 87-195, as reported by Adam Graham-Silverman reported in Congressional Quarterly on August 5, 2009 (and personal interviews). Of course that didn’t go through, but, Congressional sources tell me, in part because of resistance from the State Department, probably because of the then pending Quadrennial Diplomacy and Development Review (QDDR), the State Department’s first-ever strategic review of its operations.

Elizabeth’s point: where are we now? So, where are we now? The Congress wants change, so waiting for Congress to come back in session is not necessarily required. What is needed now is leadership. Substantial hope came with the confirmation of Rajiv Shah, but he cannot do this alone.

Perhaps we are waiting for Godot to bring us the QDDR? An interim version was to be available in April of this year, but that never happened, apparently due to some differences in opinion. Word was an interim report would come out in September, but that clearly will not be happening.