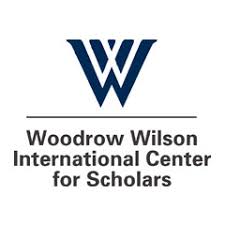 Last week the Woodrow Wilson Inernational Center for Scholars launched the Strengthening America’s Global Engagement (SAGE) Initiative. The aim is to develop a cogent business plan for enhancing American public diplomacy and strategic communication efforts. The six-month initiative is a response to recommendations from (at least) 15 major studies since September 11, 2001, and the hard work of Goli Ameri, former Assistant Secretary of State for Educational and Cultural Affairs. The business plan will lay the foundation for an organization that can provide sustained, innovative, and high-quality private sector support for U.S. public diplomacy.

This organization has been frequently referred to as a “RAND-like” entity and similar to the British Council. However, unlike RAND and other FFRDC‘s, it will not be chartered by the Government. While it will work closely with the Government, it will be independent, a necessary attribute to increase collaboration and support of private and NGO actors around the world.

The SAGE Initiative will seek to facilitate better coordination and implementation between the government and the private sector, while providing the former with additional capabilities.

Project Director Brad Minnick said the Initiative guidelines emphasize that the group will not engage in any public diplomacy activities, which are the responsibility of the U.S. Government.”There is no desire on the part of anyone involved in this effort to do that. Instead, any such organization would be designed to support our public diplomacy efforts by doing things the government can’t do, and bringing more resources to the table,” he said.

The SAGE working group is divided into five subcommittees: Budget; Development; Governance; Markets, Countries, and Networks; Programs and Activities. The first meeting took place on September 21, 2010. The subcommittees will report back to the whole group on December 13, 2010. Initial funding for the project was provided by the Smith Richardson Foundation.

While the conference convener gave permission to publish the participant list, it’s simply too extensive, a real listing of who’s who in and around public diplomacy practice, theory, and policy.